assistance either by financial means or logistical support. We are proud to partner with and support organizations such as The Wings of Mercy East Michigan, FAR Therapeutic Arts and Recreation, Team Huron Valley Special Olympics, The Shannon Gaber-Silverthorn Lakeland High School Public Service Scholarship, Team Kendal Kidz, and Play Like Jackson. Other past charity partners include Orchards Children's Services and the Thin Blue Line. In March of 2015, our foundation was honored to assume a five-year room sponsorship commitment at the Ronald McDonald House of Detroit.

In addition to charities, the foundation has spotlighted specific families in need. In 2010, the region was shocked to hear of the brutal death of young Dominick Calhoun and made the sweet young boy the focus of the outing. In 2011, we were made aware of the passing of a bright light named Kendal Lividini and were proud to sponsor the event in her name. The 2013 event featured the theme “Play Like Jackson” in honor of Fenton youth Jackson Gangwer whom we lost at the age of 12 in April of that year. In 2014, the celebrity softball players participated in the ALS Ice Bucket Challenge. The foundation also  honored Lakeland  High  Schooler Spencer  Hale on    August 22, 2015. Spencer endured the loss of a leg from a rare form of cancer and fought until his untimely passing in 2016.

While our celebrity softball series held in August yearly is our signature event, our foundation has sponsored many other events. In December 2012, a benefit was held for the family of slain Officer Patrick O’Rourke, a West Bloomfield Police Officer who was killed in the line of duty. Through tremendous community support, our foundation was able to sell out the Compuware Arena and put seven Hall of Famers on the ice to raise over $150,000 for the family.

Since inception and through generous donations and sponsorships, the foundation has raised over $1.1 Million. The foundation is established in the State of Michigan as a 501(c)3 and does not maintain a payroll for any of the Volunteers, Board Members, Officers or Directors. The board plans to  surpass $1,300,000 in donations this year.

We appreciate your support!

The Joe Kocur Foundation for Children Board of Directors along with Joe Kocur, 4-time Stanley Cup Champion and Former Detroit Red Wing

THE JOE KOCUR FOUNDATION FOR CHILDREN

is dedicated to assisting children and their families in need by partnering with the local SE Michigan communities that we serve. 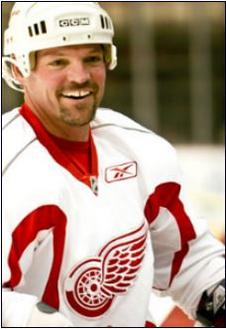 Formed over a campfire in 2009, the Joe Kocur Foundation for Children has been assisting children's organizations,  non-profits and local families in need by developing fundraising events that are both family friendly and provide for an opportunity to interact with others in the community that value the spirit of giving.
Since the formation, the foundation has assisted local charities with the primary goal of focusing on families that need 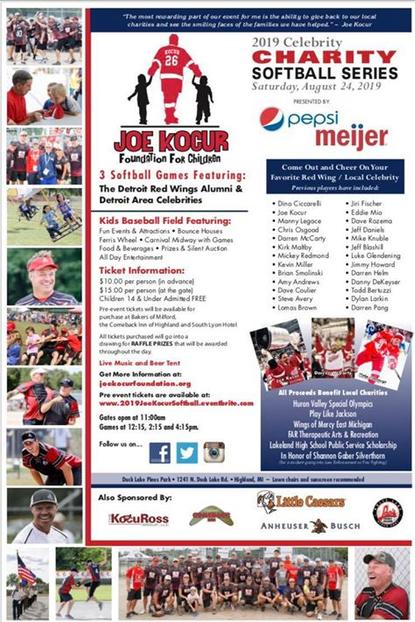